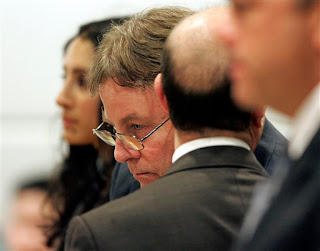 I mentioned a few months back that I needed to upgrade my pannier game. I was getting back into cycling to work, but the biggest challenge was my need for a pannier that would fit my laptop.

Back when I first got my panniers, a pair of large Transit ones from Performance Bike (I don't see the ones I got but that was over ten years ago, I'm sure they've upgraded as well), I was not using a laptop, so this wasn't even a concern.  I even used a sort of slick Transit "Metro" Pannier that converted into a messenger bag. I could pull it off my bike and use it for all my stuff I took to and from the office, leaving the bike specific stuff in the other pannier at the bike parking station at our office (which was secure). I still have both the large panniers and the Metro Pannier. They're well made items and I would still recommend them to anyone who doesn't use a large laptop. Maybe the elastic bands helping to hold the panniers in place on the bike rack are …